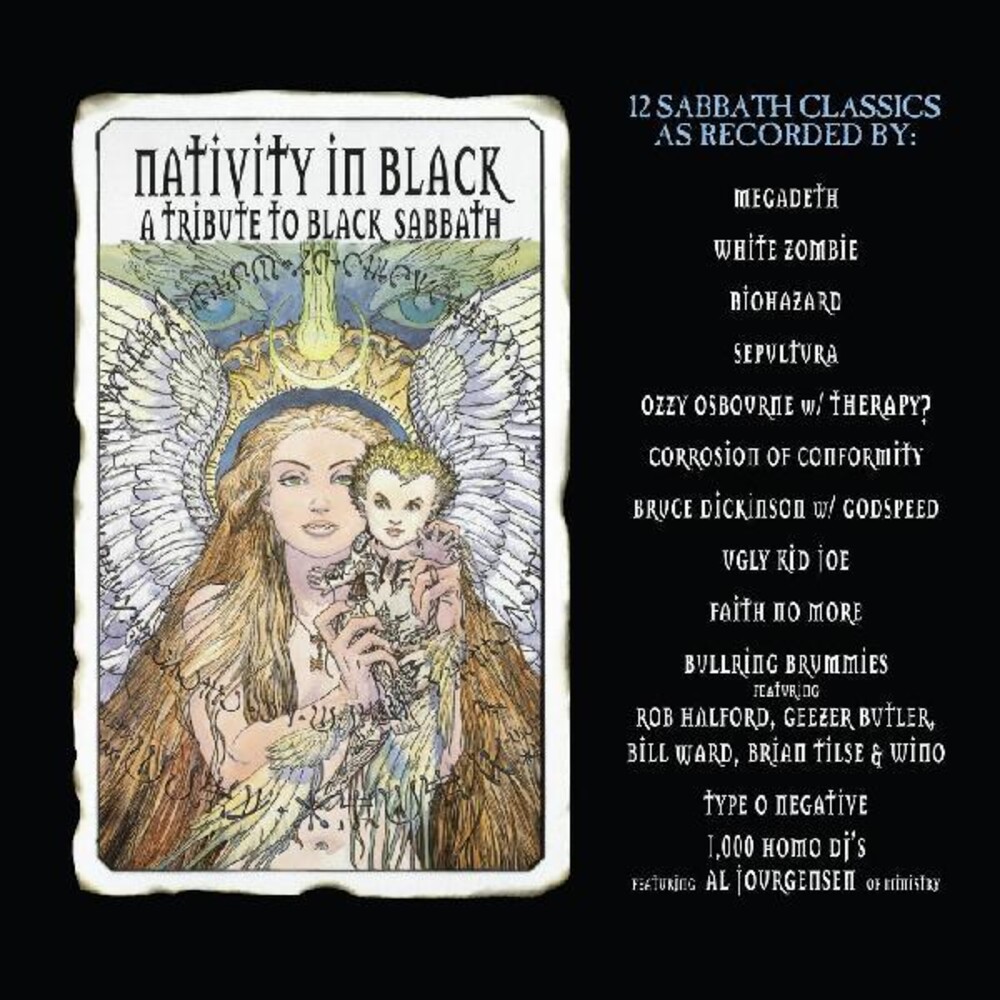 Double vinyl LP pressing in gatefold jacket. Hard to believe in this day and age, but this killer 1994 Black Sabbath tribute 2-LP set was not originally released on vinyl in the U.S.! The record went gold, and features the one and only performance ("The Wizard") by the Bullring Brummies, which takes the term "metal supergroup" to a whole new level: Rob Halford from Judas Priest, Scott "Wino" Weinrich from The Obsessed and Vitus; Fight guitarist Brian Tilse, and Geezer Butler and Bill Ward from Black Sabbath themselves (not to be undone, Ozzy sings with Therapy? on "Iron Man")! Megadeth got a Grammy nom for it's cover of "Paranoid," too'and that's Ministry's Al Jourgenson guesting with 1000 Homo DJ's and Bruce Dickinson guesting with Godspeed