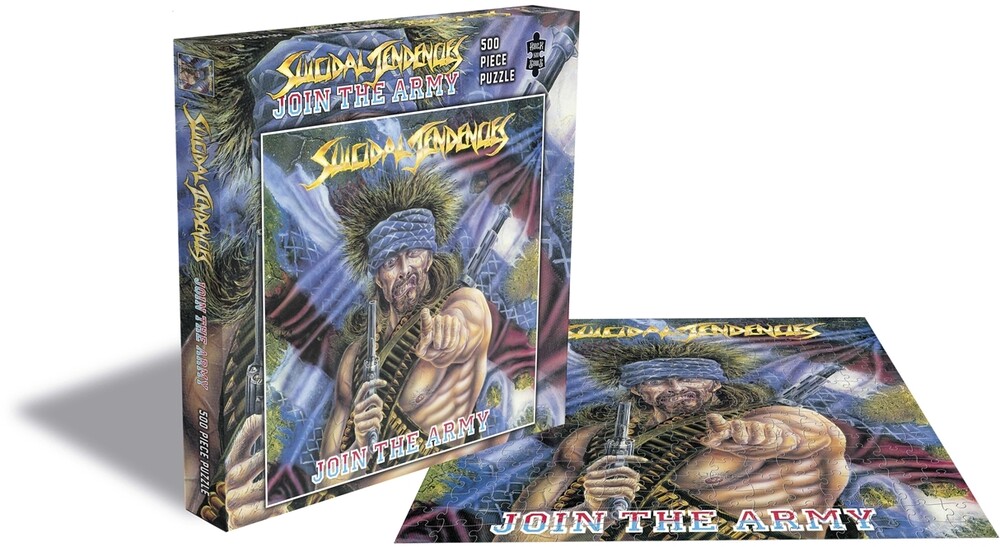 Released on 9th June 1987, "Join The Army" is the second album by American crossover thrash band Suicidal Tendencies. Recorded four years after their self-titled debut album, "Join The Army" is one of the best known albums for fusing hardcore punk and thrash metal, known as crossover thrash, a genre that the band have been credited with creating. It was the first Suicidal Tendencies album to enter the Billboard 200 and remained on the chart for thirteen weeks. The success of "Join The Army" garnered attention from major labels, including Epic Records, with whom Suicidal Tendencies would eventually sign in 1988. The album's iconic cover art is now available as a 500 piece jigsaw puzzle printed on high quality board.500 pieces Weight: 490g Jigsaw size: 41cm x 41cm Box size: 30.9cm x 30.9cm x 2.8cm
back to top