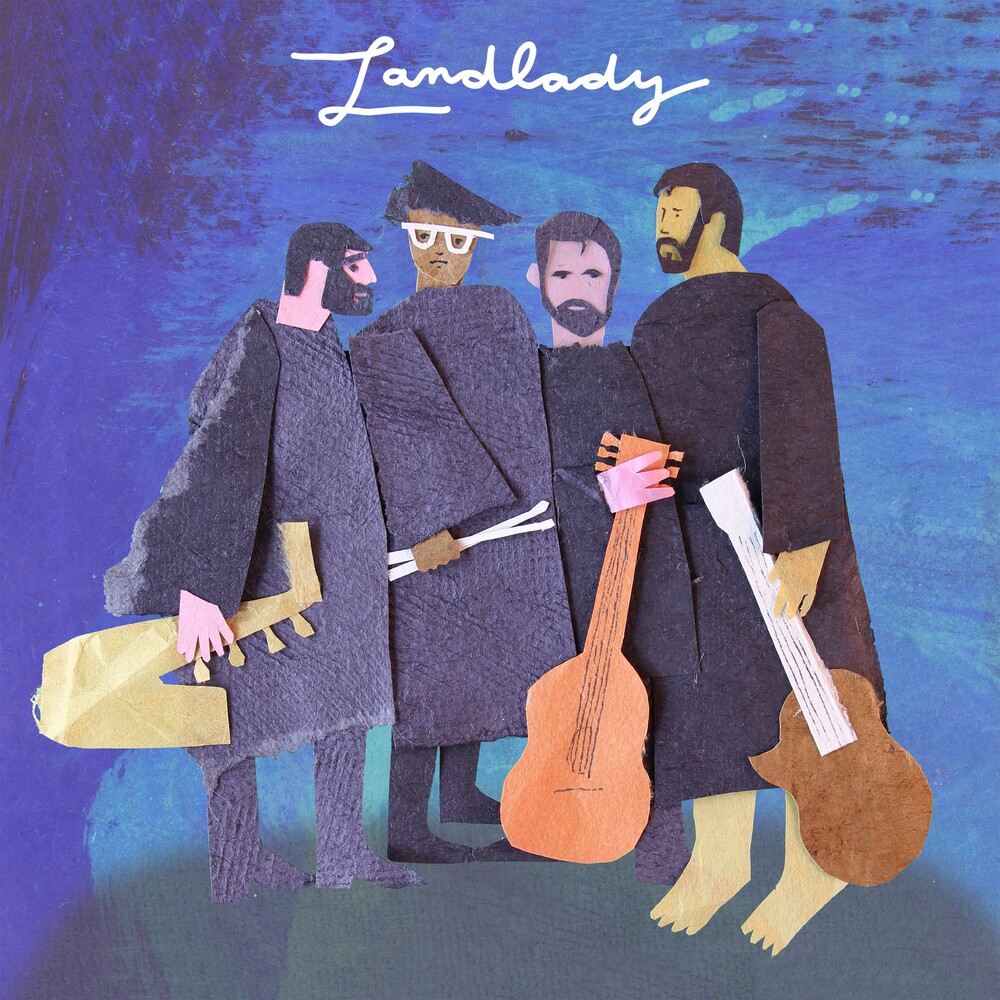 Landlady's self-titled fourth album captures exactly that magic. Led by Adam Schatz (vox, keys, sax) and filled out by expertly layered drums, guitar and bass, the album documents four gifted improvisers who share a deep love for music and that connection it fosters. Tackling the evergreen topics of loss and joy, Landlady is a testament to that cosmic anchor formed by the seemingly simple act of playing in a band.This is also an album about survival, which Schatz writes about eloquently, and humorously, in a companion personal essay. He recounts a near fatal wreck while on tour when the Landlady minivan spun out 180 degrees on a highway on a 17-hour drive in a downpour from Seattle to San Francisco during the climax of Harvey Danger's "Flagpole Sitta."The recording session was an intense week-long retreat at the Outlier Inn in upstate New York's Sullivan County and was engineered by Schatz's longtime recording partner Jake Aron (Grizzly Bear, Snail Mail, Jamie Lidell) for a truly sublime record, at once raw and exploratory, surprising and visceral. Outside of Landlady, Schatz could be heard on tour with Sylvan Esso, Wye Oak and Japanese Breakfast, and appeared on recent albums by This Is The Kit and Becca Mancari, but Landlady is his ultimate excuse to make the sounds he wants to hear in the world, with the people he loves making them with. He wrote this final paragraph himself. There. No more secrets.
back to top