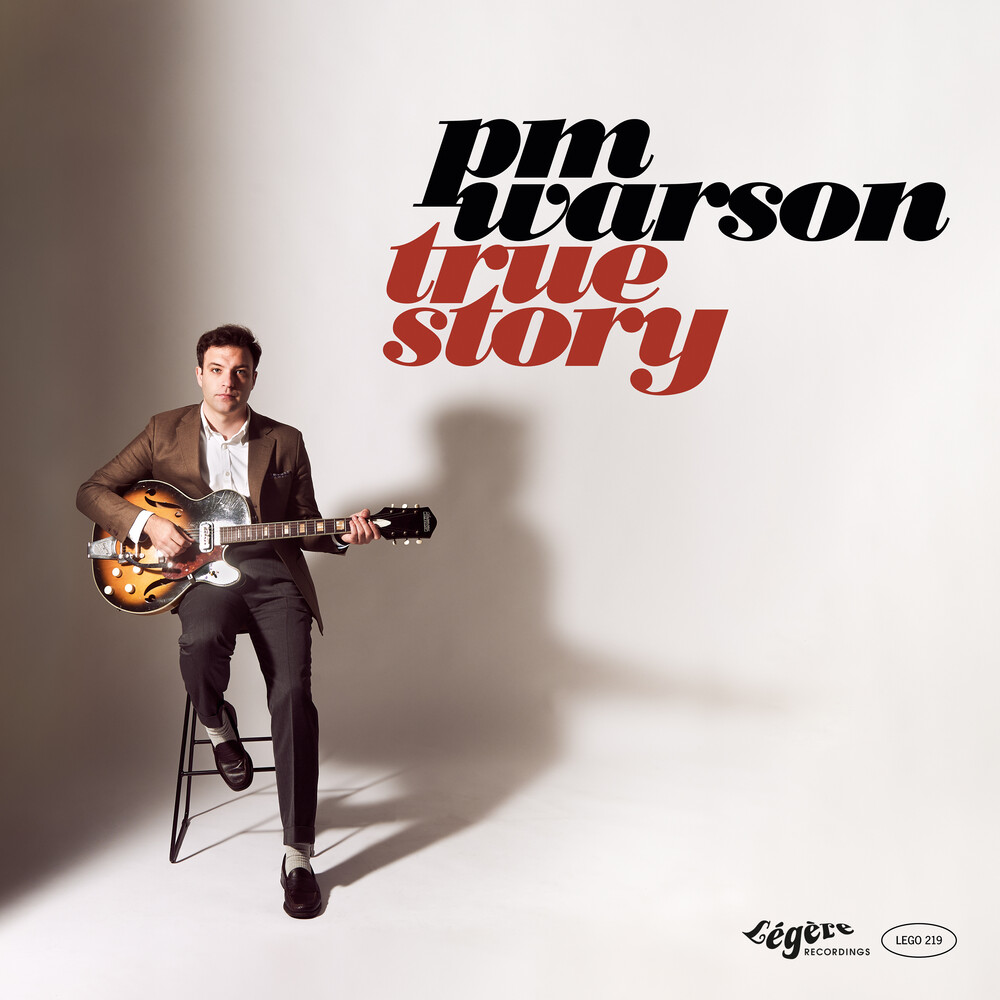 "True Story" is PM Warson's debut album. Already lauded by UK soul DJ laureate Craig Charles on his BBC Radio show, among his tips to be 'Big for 2021', it takes in the musical sensibilities absorbed over the course of time. Against a backdrop of club-honed rhythm tunes, there's blues, jazz and swing, with lashings of girl-group pop and soul. There's even a Dylan song in there, set against a New Orleans-styled lilt and call-and-response vocals à la The Raelettes. Entirely self-produced, but perhaps defined by collaboration, the record features stellar playing throughout; drummers Billy Stookes and Mat Swales are heard together on the title track; Stephen Large (of Squeeze and Lord Large 'Left Right and Centre' repute) guests on keyboards throughout; a tight horn section and backing chorus complete the sound. While harnessing these performances is a testament to PM Warson the bandleader, there is also a cinematic feel to the record, highlighting his sense of production and grasp of his influences. It was cut just in time, the final live tracking session last February, just before the global lockdowns started. It was finished in a very different world, with it's considerable challenges, a few months later. It's a testament to perseverance and clarity of vision, and perhaps the notion that truth, sometimes, is in the finding.